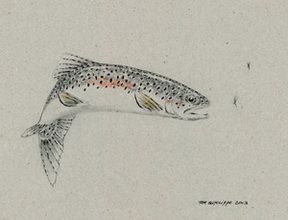 Again I will post all the answers at the end of this piece.

A difficult rise but an easy spot

These pictures you will have seen before if you’ve been following this series. I include them just as a quick refresher. The first fish is an easy spot, but the rise was difficult so I will show the rise first followed by the fish.

It’s a sipping rise, very discrete and often the only trace of a rise you will see. 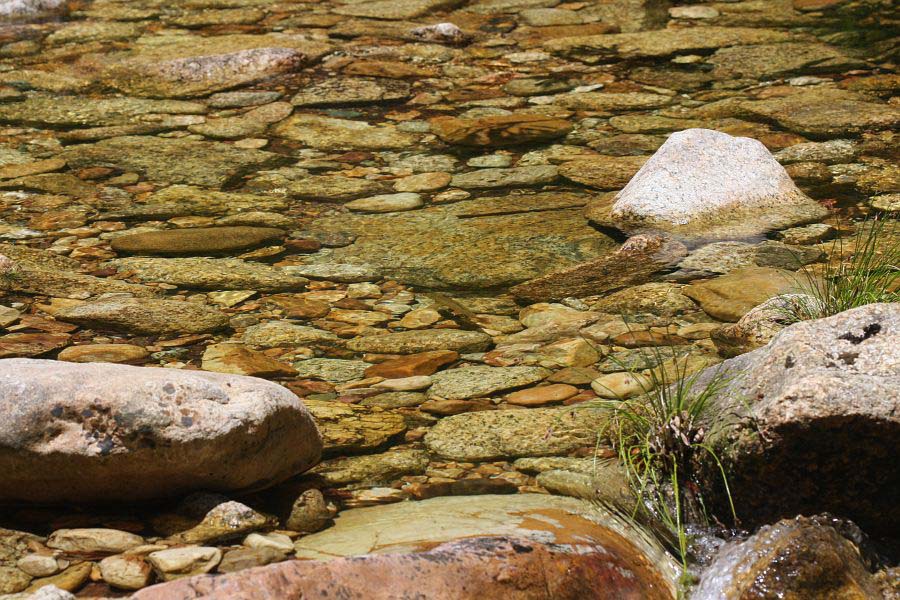 Here’s the fish that just rose in the picture we began with.

This is a real teaser until he takes up a new position that makes him pretty obvious. 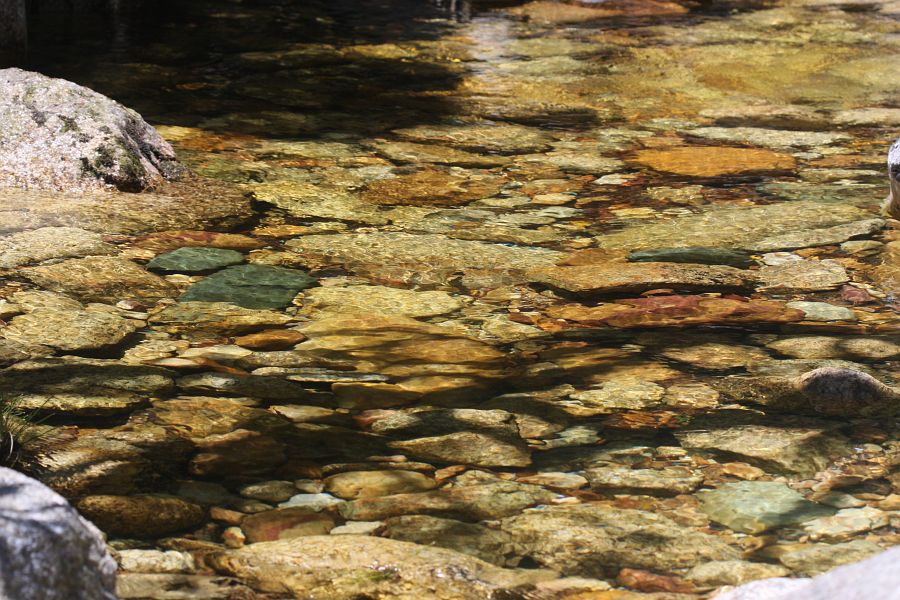 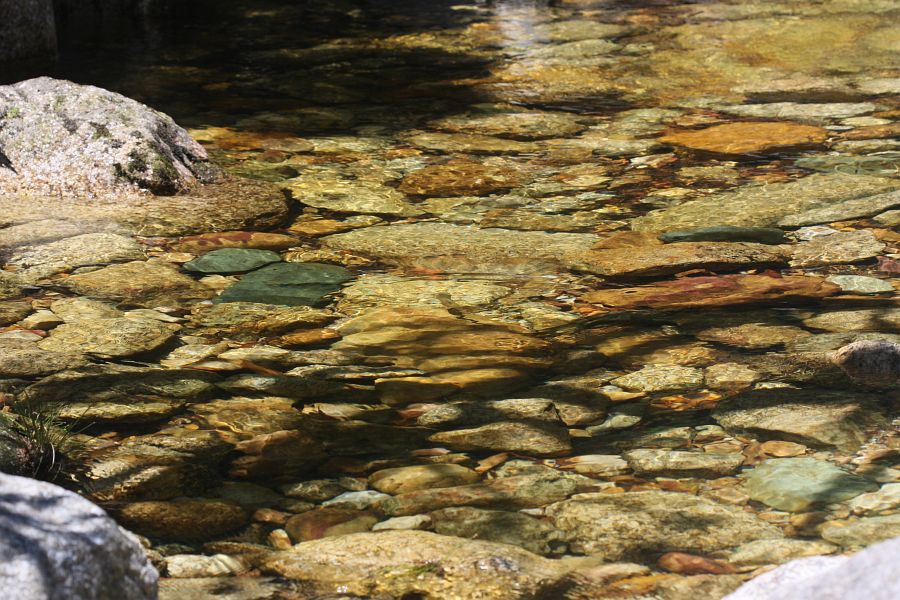 A trap for the unwary 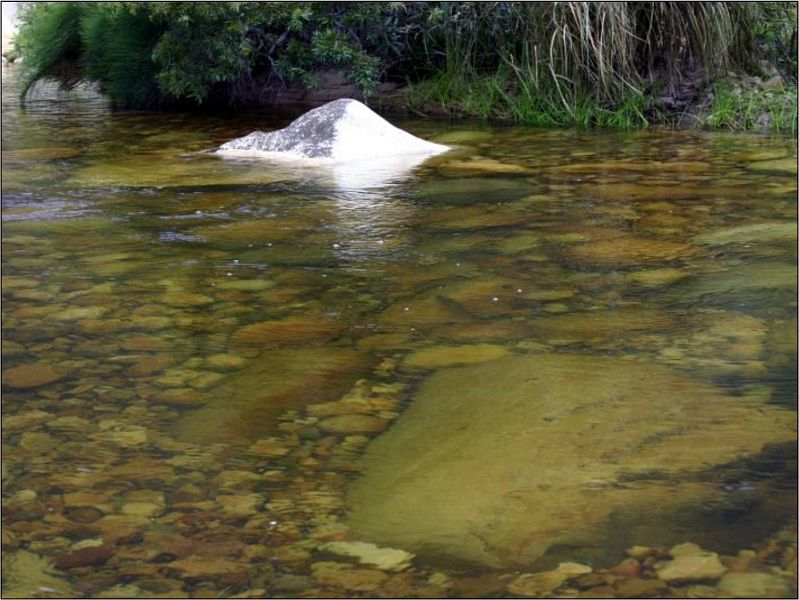 There’s a trap for the unwary and it goes like this. You find a fish in a run and as a result you stop searching. This particularly applies when the fish happens to be a big fellow, like the rainbow in the picture above that was all of 18 inches long. He was sitting fairly deep and moving from side to side over an area of 200 to 300 mm obviously taking nymphs. The river is the Molenaars in the Western Cape and the friend I was with this day drifted a nymph right over this fish. He had it in a sweep but the tippet popped in the first few metres of its dash upstream. I think he tried to check the fish too soon, which is fatal with big trout on light tippets, but then I suppose there’s also the understandable sentiment of not wanting a big fish in a fast stream to get too much distance on you! 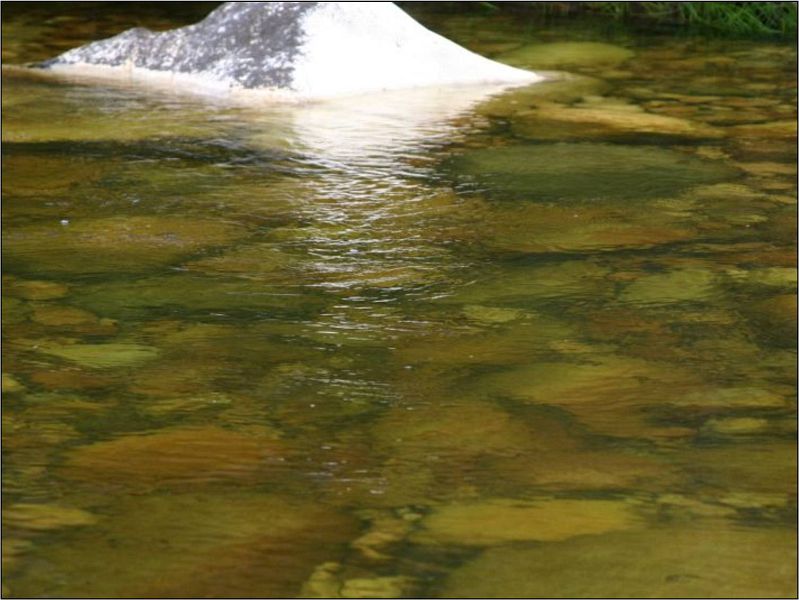 Back to the trap I was talking about. There was actually a second fish in this run a metre or so above and to the left of the big fellow. I happened to spot it by chance and we were immediately able to see that it was a much smaller fish. Of course the advantage in spotting the two fish is that you can decide which is worth the first cast. In this case it happened to be the fish at the back of the run and naturally after we’d hooked it there was no sign of the smaller fish. He had bolted! You just don’t want this ‘two fish in a run’ scenario to be the other way around and how often it is! You hook a fish you spotted and as it charges around you spot a far bigger fish darting off – often from right under your feet! Hands up those people who fish the Cape streams that this hasn’t happened to! 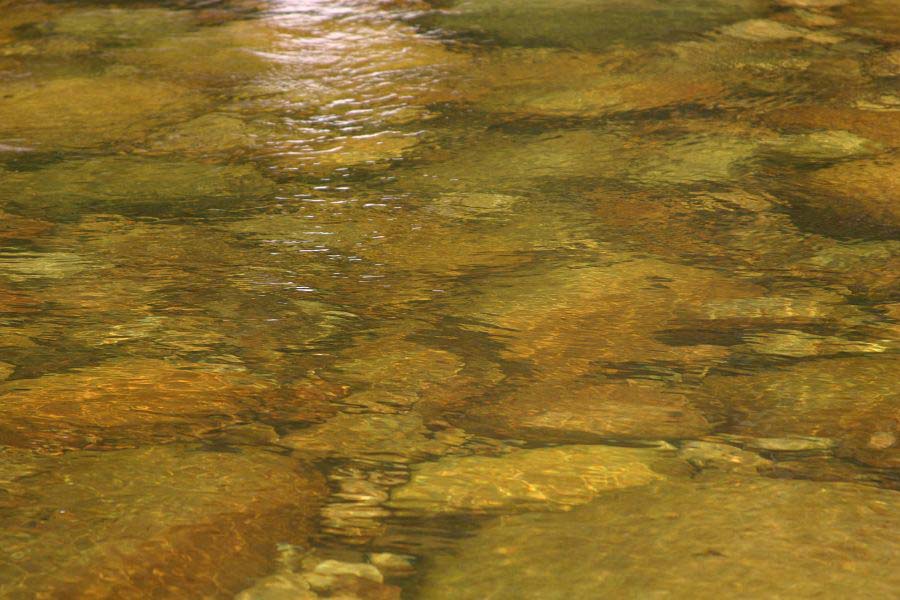 Notice also in this series the sun comes out lightens the tone of the picture, but interestingly, does little to aid sighting. That’s because a sudden gust of wind has riffled the water surface.

The case of the 'Appearing trout' 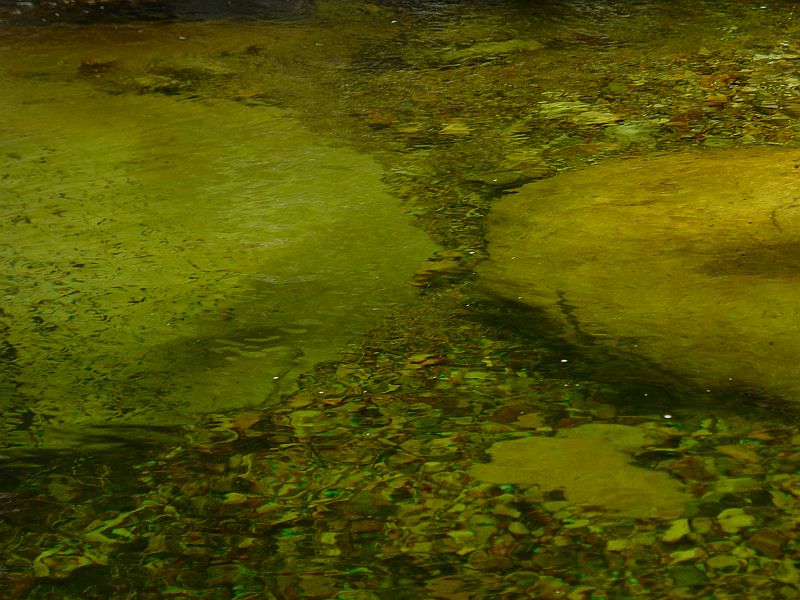 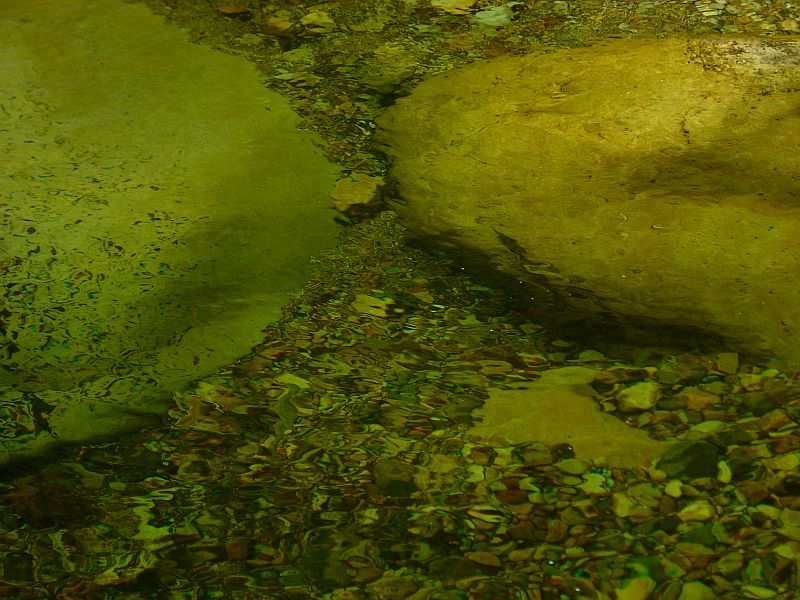 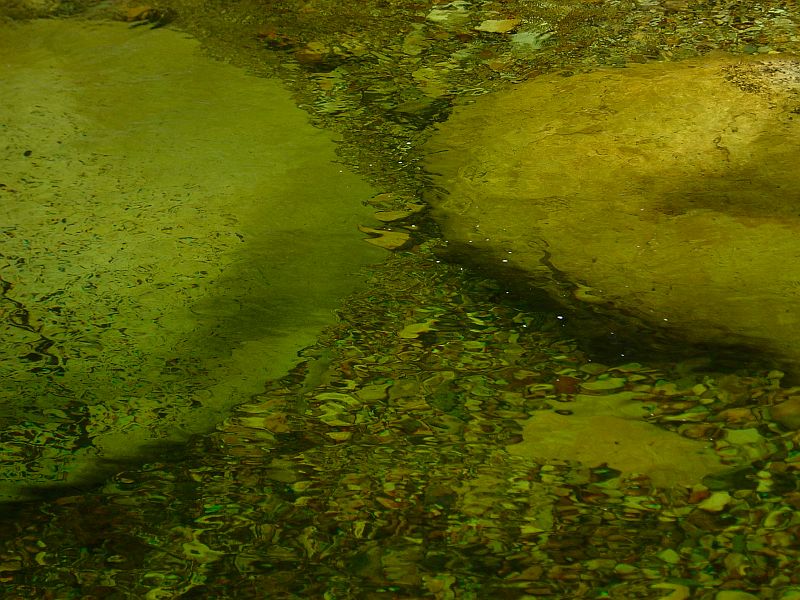 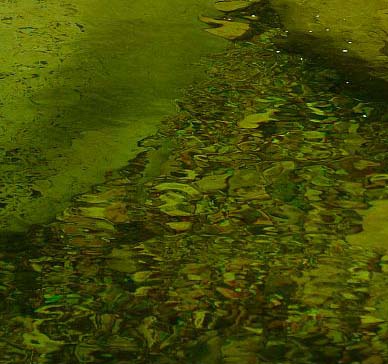 Of course, depending which way you run this sequence it could be the case of the ‘disappearing trout’. It needs no series of answers because the pictures answer themselves. The stream is the Jan du Toit’s River near Worcester. 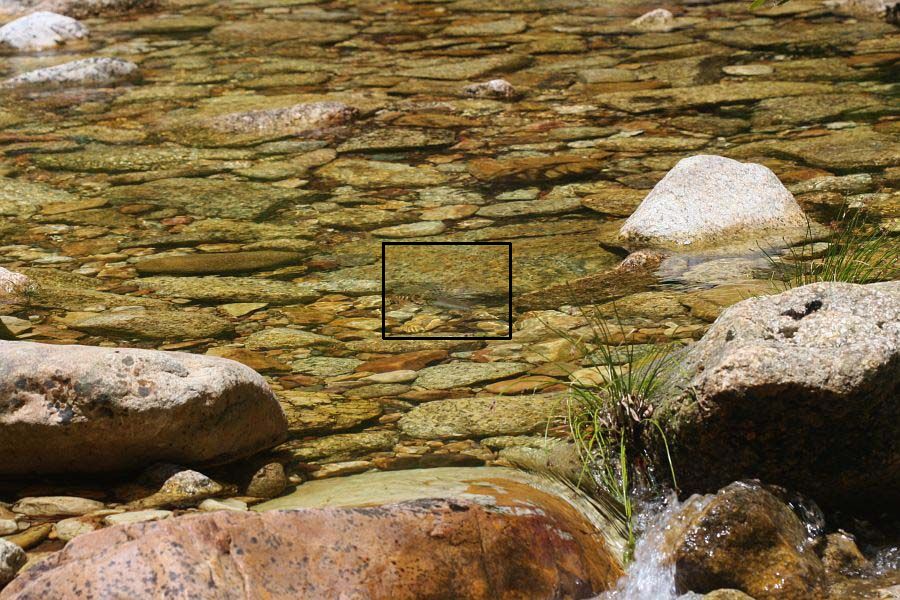 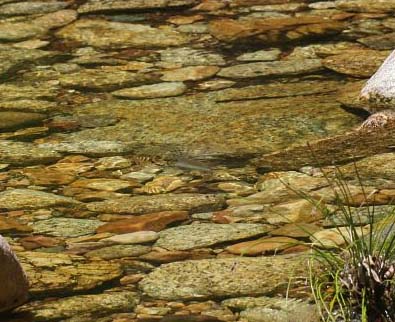 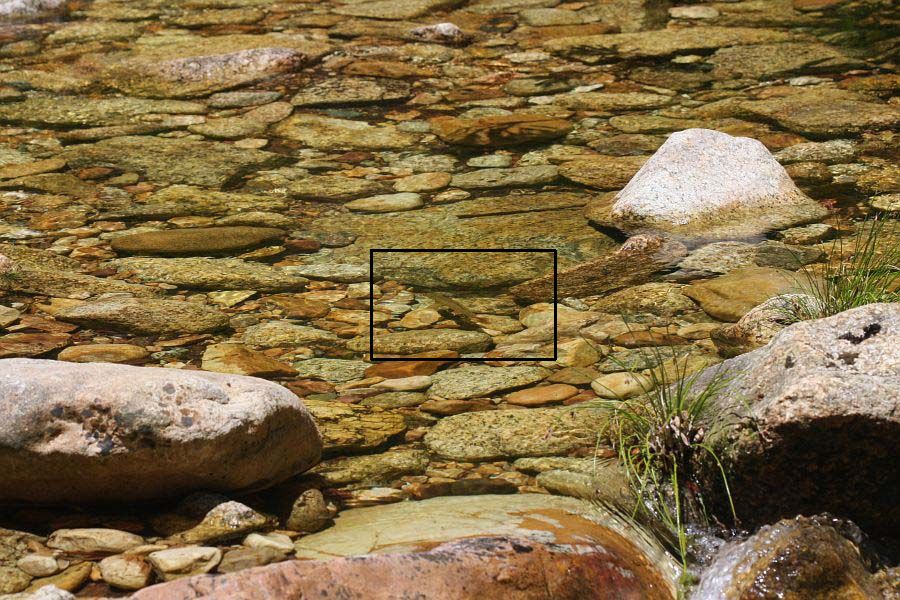 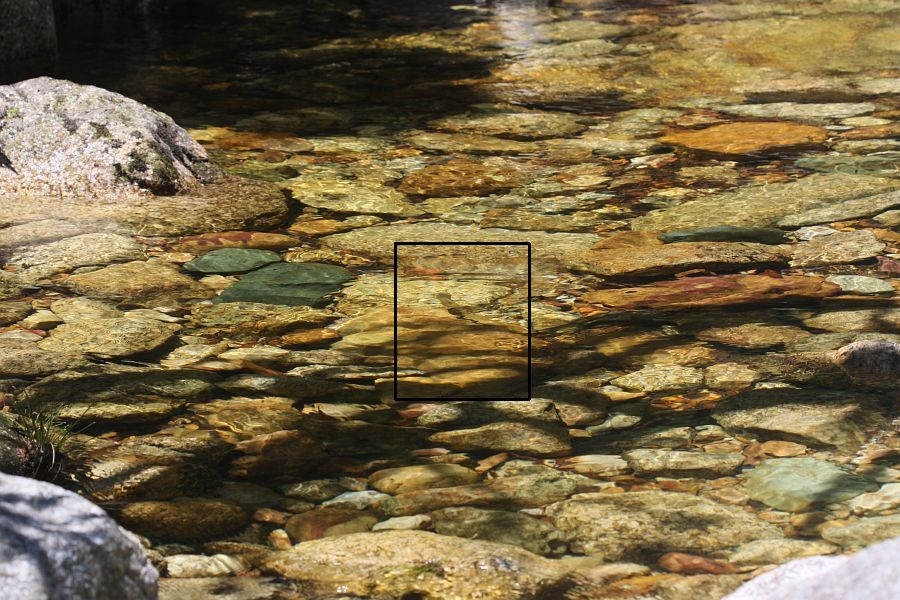 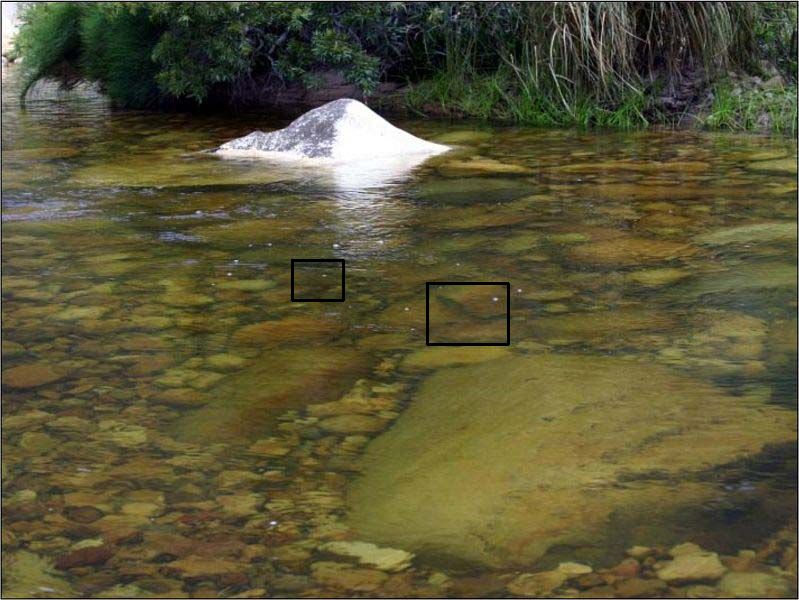 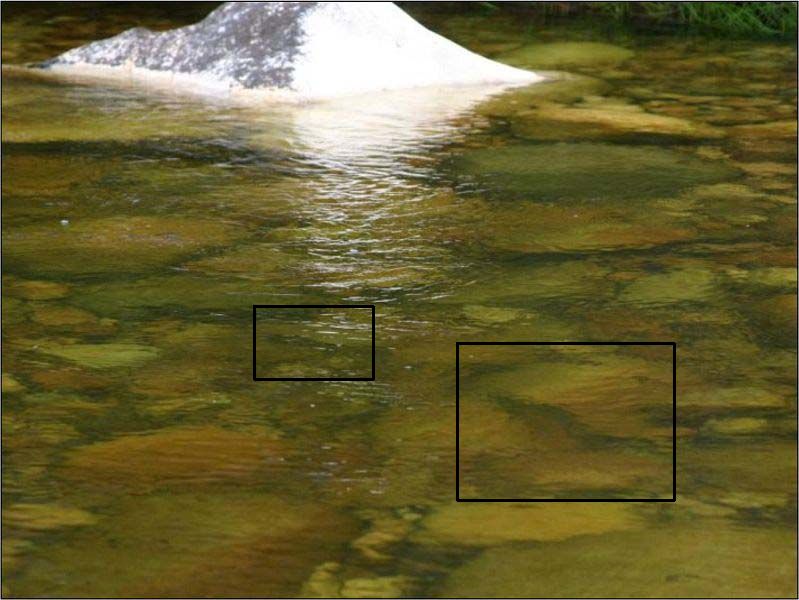