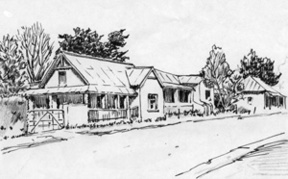 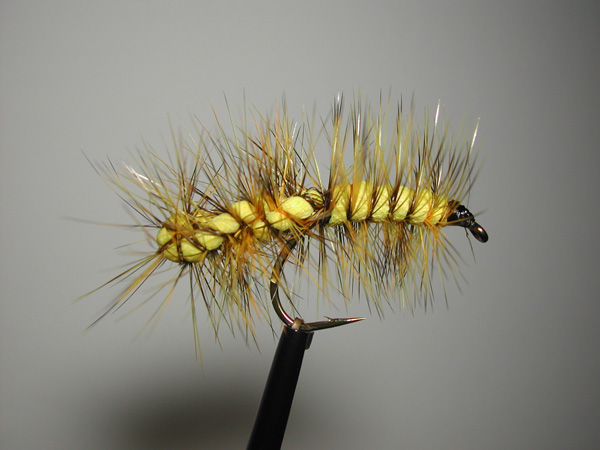 Text and images by Agostino Roncallo

I want to introduce one of my favorite patterns, the Twisted Palmers, which are tied using a strip of closed-cell foam and a rooster hackle.

I designed them for fishing in summer in the Nera River (Umbria) and other fast-flowing waters. 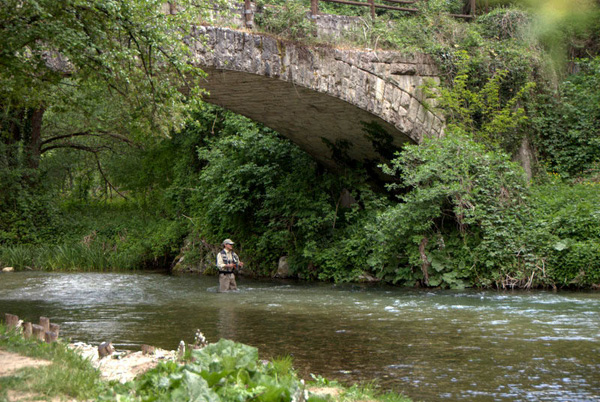 On the curve of a grub hook, tie in a strip of foam and a rooster hackle. 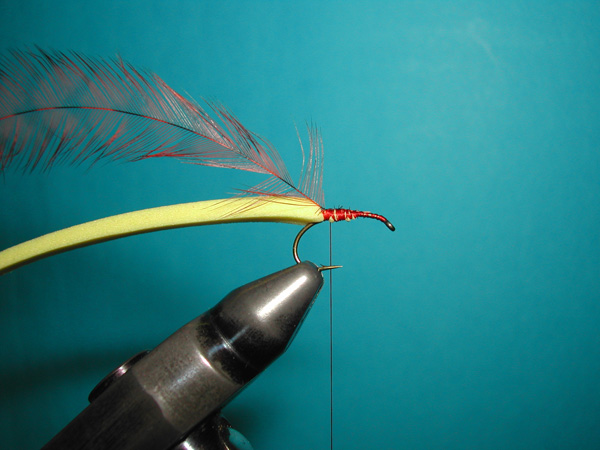 Wrap the hackle around the strip of foam in coils wide. 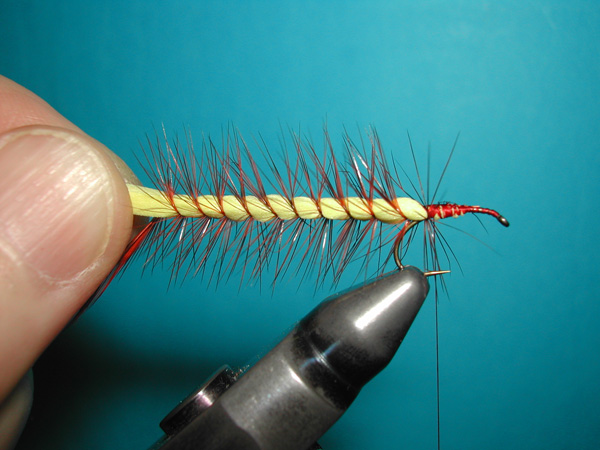 Having folded the strip of foam and hackle, twist it and position it on the bend of the hook. 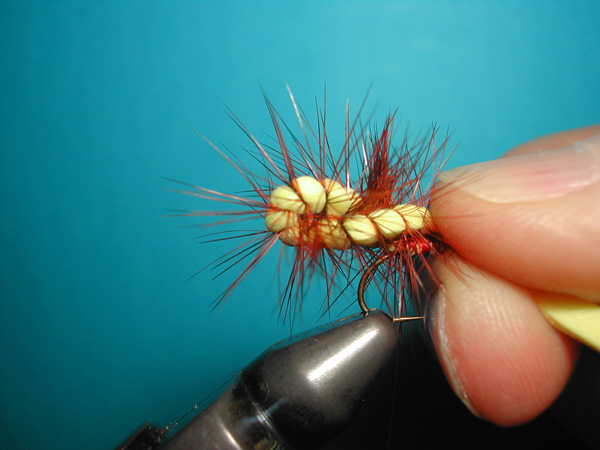 Tie in the hackled strips on the bend of the hook. 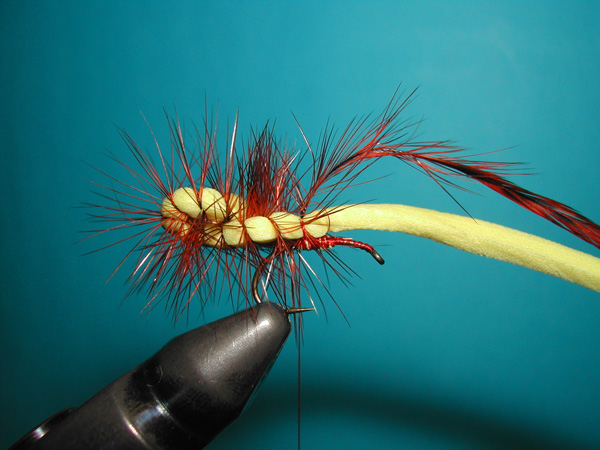 Wrap the joined strip along the shank of the hook and tie in near the eye. 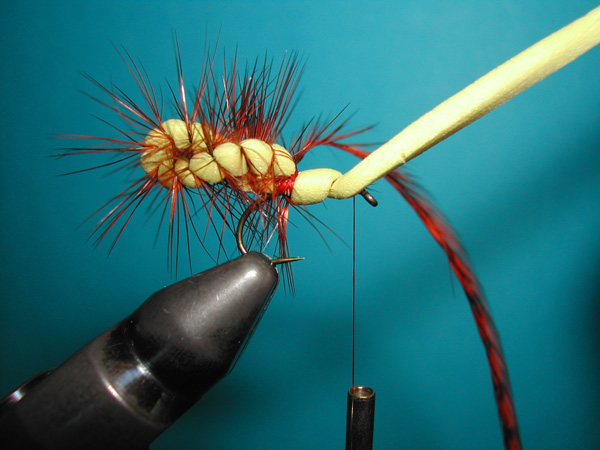 Trim off any excess. 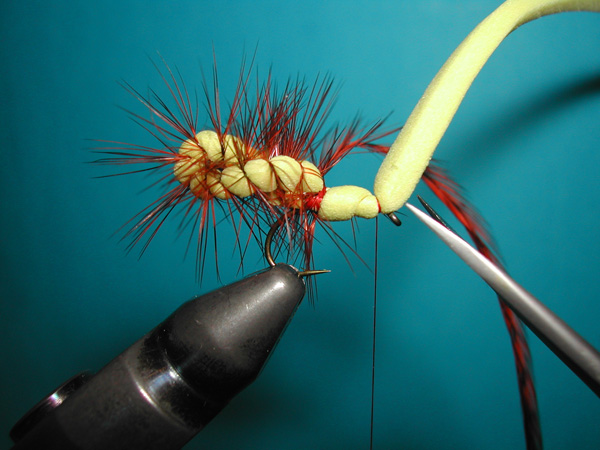 Wrap the hackle around the foam and tie it in next to the eye of the hook. 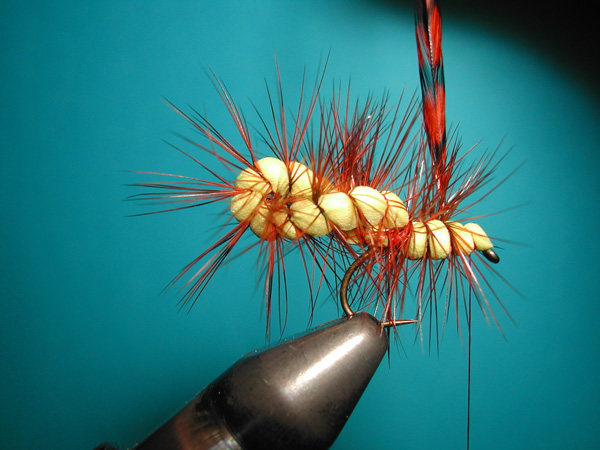 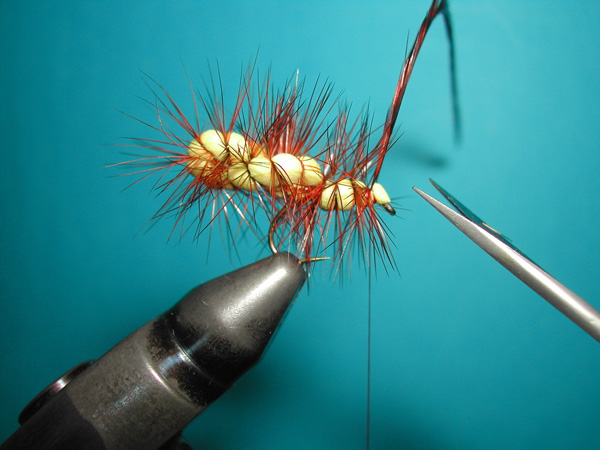 Whip finish and the fly is done. 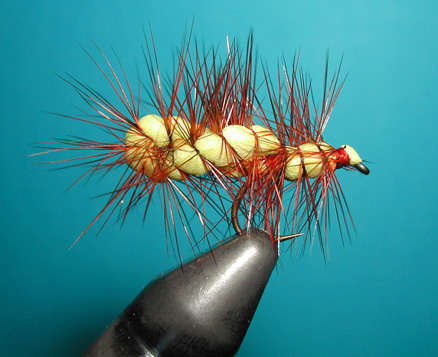 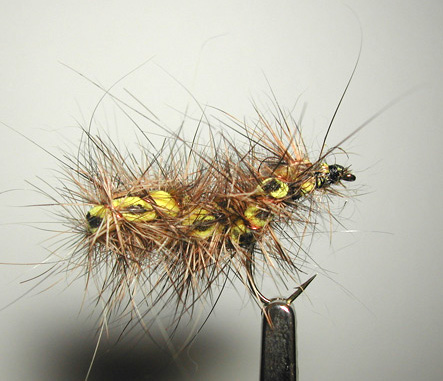 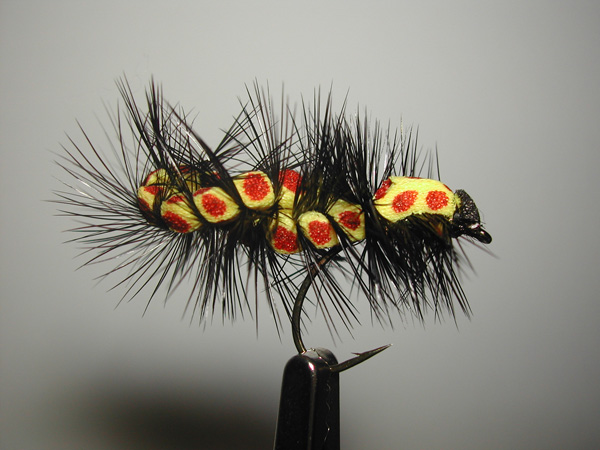 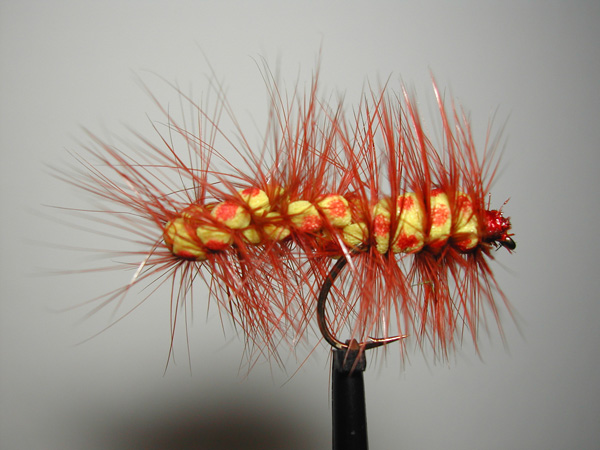 (As always Agostino comes up with very imaginative and original patterns. I think this fly would be extremely productive on bigger waters in this country, like the Sterkspruit and Bokspruit rivers, especially in high water conditions. It should also be great as a prospecting terrestrial dry fly on lakes. Sterkfontein Dam comes to mind and it would be great to get views on this pattern from local experts up there, like Dr Hans Van Zyl and local guide, Dennis de Klerk.)