An evening spent tying flies and drinking beers with Herman

shows why he is such a great fly tier and innovator. During the evening 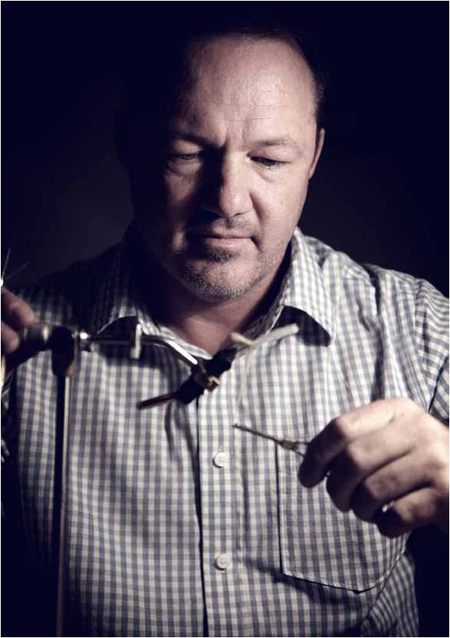 I guess this is my signature pattern because of its popularity. I created this unique dragonfly nymph over a two year period and published it in The Complete Fly Fisherman in August 2004.During my excursions to stillwaters I’ve had good success with it, but fellow fly fishers have had stupendous success with this fly. The list of 10 lb+ stillwater trout already taken on it in different locales during this pattern’s short existence is freaky. The fact that I continually turn out a steady number of them for fellow fly fishers is confirmation of the fly’s success. 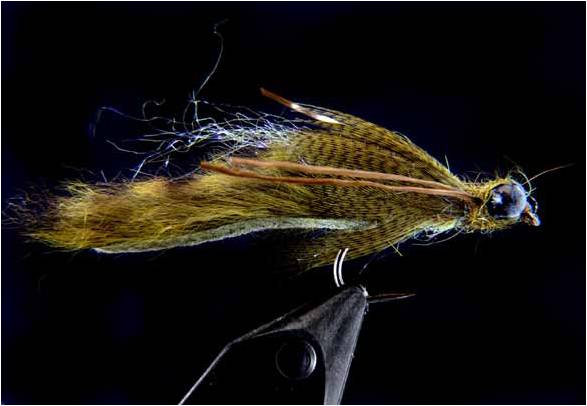 It’s a fast tie as far as dragon nymphs go and a few fly shops in JHB carry them in their fly bins. The commercial ties are completely wrong and, based on these commercial examples, I’ll lay down a few ground rules that apply to this pattern.

2. Use standard wet or 1x short shank # 6 hooks. The fly is basically an extended body pattern, with the hook acting as a keel. Don’t worry about short takes – the fly is not meant to be stripped.

3. The thorax /wing case feathers must be tied in a tent-like style that sheaths and controls the strip of Zonker fur. This is the unique style and tying step that sets this pattern apart.

4. All the material and parts (with the exception of the dubbing around the head) is placed ABOVE the hook shank, so the shank forms the flat base of the fly.

6. NO, it is not tied in any other size. If you want to fish a smaller one you can choose from a host of other dragon patterns.

7. ALWAYS fish this pattern connected with a loop knot to the tippet and with a slow retrieve.

8. Remember this pattern looks a whole lot better suspended in the water than in your vise.

Lastly, stick to 10lb fluorocarbon tippet and hold on!

NOTE ON THE THORAX DUB 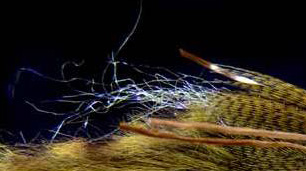 The thorax dub is just to fill the empty space in front of the zonker fur  inside the mallard flank tent.

You can very loosely dub the ice dub around the hook shank and then brush it out and upwards, orientating the strands around the upper half of the fly.

What I normally do is clump dub the ice dub on the top half of the shank , then brush it out to form soft veil around zonker.

Simply fold the dubbing around the tread and place the dubbing where needed – almost like you do with placing and tying in rubber legs. 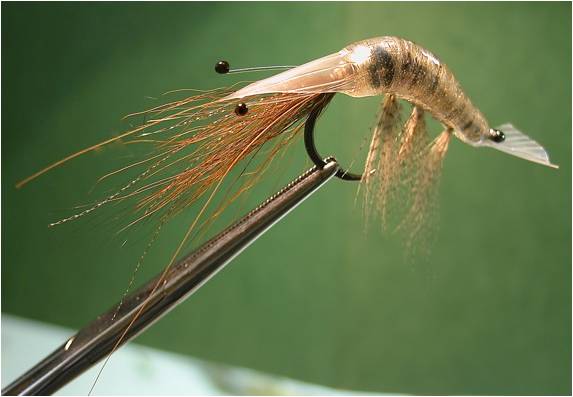 (The Papa Roach deserves international recognition as one of the most effective dragonfly nymph patterns ever. The applause and support it has garnered locally is now clearly evident. It is a perfect pattern in every sense, quite arguably the South African stillwater fly pattern of the decade, and its developer, Herman Botes, is equally deserving of being credited as one of the true modern day pioneers in South African fly tying. Over the next few weeks I will feature four more of Herman’s patterns; his Herman Hamer [a variation on the Klinkhåmer dry fly of Hans van Klinken], his Trike, an imitation of the larger Trichorythidae nymphs of the Vaal River, his Morphed Airhead, a variation of Gary La Fontaine’s celebrated pattern that builds in the trigger that Charlie Craven added to his Mugly Caddis and finally, his Cartoon Caddis, an imitation of the Macrostemum capense caddis larva.