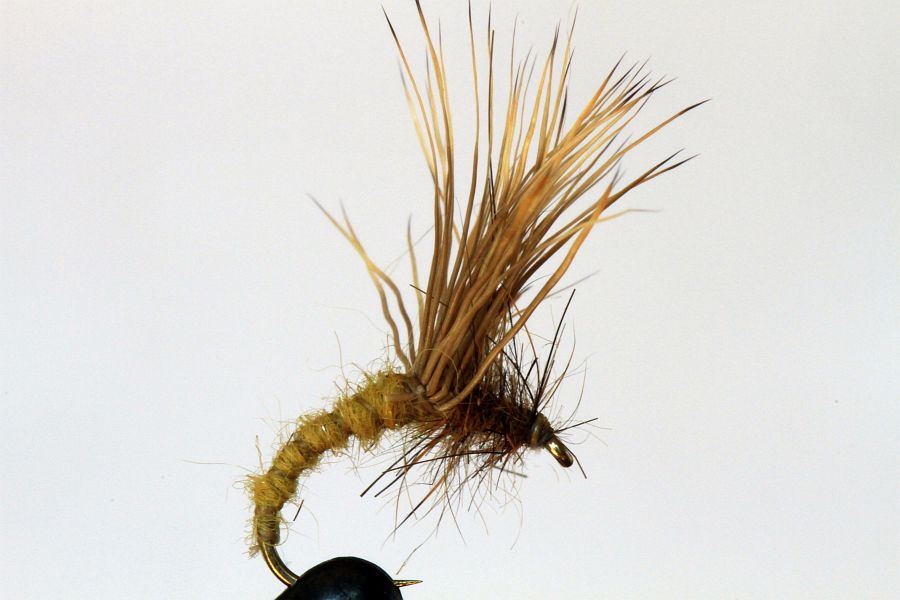 In Bob Wyatt’s celebrated book, Trout Hunting, he describes ‘tying for vulnerability’. Among his regular dry fly patterns he found a gap for a rugged, reliable, all-round emerger that he could tie easily. Enter the DHE, now one of his most celebrated patterns. The secret in this fly I think lies in the submerged abdomen and that’s where I guess the ‘vulnerability’ comes from, also a general characteristic of the now equally celebrated Klinkhamer style patterns.

There’s an interesting aside in his book where he describes fishing the Elk River in British Columbia in a sort of friendly shoot out against Hans Weilenmann. Wyatt has his DHE on and Hans uses his wonderful pattern, the CDC & Elk. 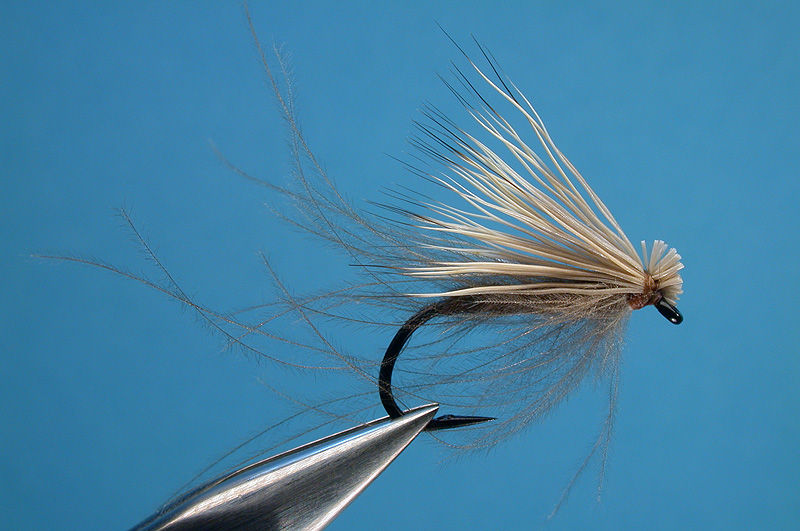 To cut a long story short Hans blanked and Bob took fish after fish, which I know proves nothing much on the day, other than that we have all been there one way or another! Still it suggests that the DHE has something going for it and that’s certainly my impression. This is definitely a pattern worth having in your box, but then as so many anglers will attest, so is Hans Weilenmann’s CDC & Elk!

What you will need to tie this fly

You will need a light wire, curved shank hook (we now often refer to these as an Emerger or Caddis Pupa style hook) in size 12 through to 20. Your deer hair should be fine and in a natural colour and I look for skins that have hair with a little contrast in the tips. I use Hare-Tron dubbing for the abdomen in olive gold, but clearly many of the more drab colour variations will do. Bob even describes using plain hare’s ear dubbing for the abdomen in some patterns.

The thorax is made from the hair off a hare’s face where a few guard hairs will be included.

Dress the hook shank well down into the bend and then tie in a small bunch of deer hair a few millimetres back from the eye of the hook as illustrated. 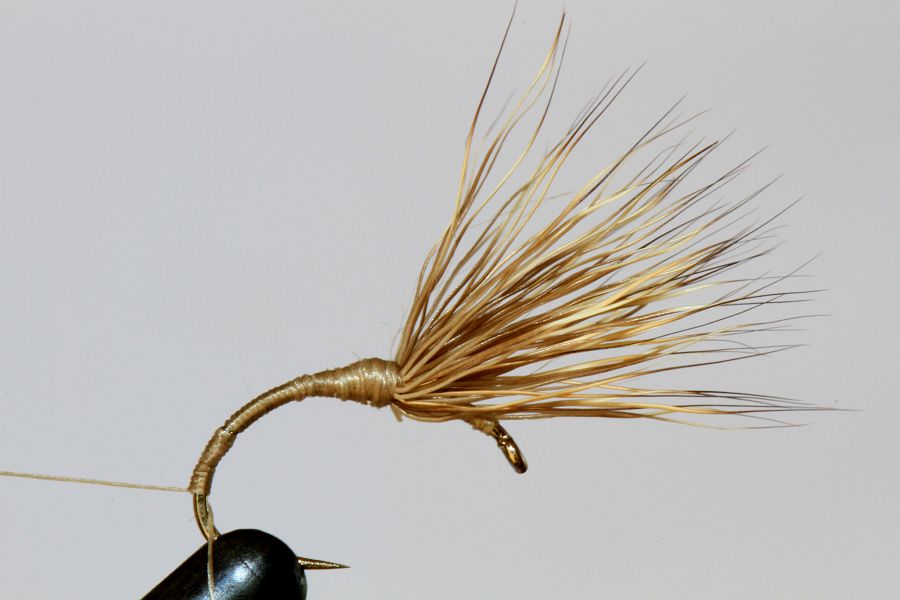 Cover the deer hair butts securely with thread and then wind back to the bend of the hook. If you use a loop to add dubbing, then form a loop of tying thread here, trap the loop, but in addition, leave a free standing piece of thread at the end of the shank. If you don't use a loop to dub, simply dub the way you know best. The piece of thread left at the bend will become your ribbing once the abdomen is dubbed on.

If you use a dubbing loop wax both arms of the loop then brush each arm by stroking a clump of dubbing along it. You will find this a most exciting and simple way to add dubbing. Now close the loop and twist it tight either using your fingers or a dubbing twister. Or you can simply dub as you know best. 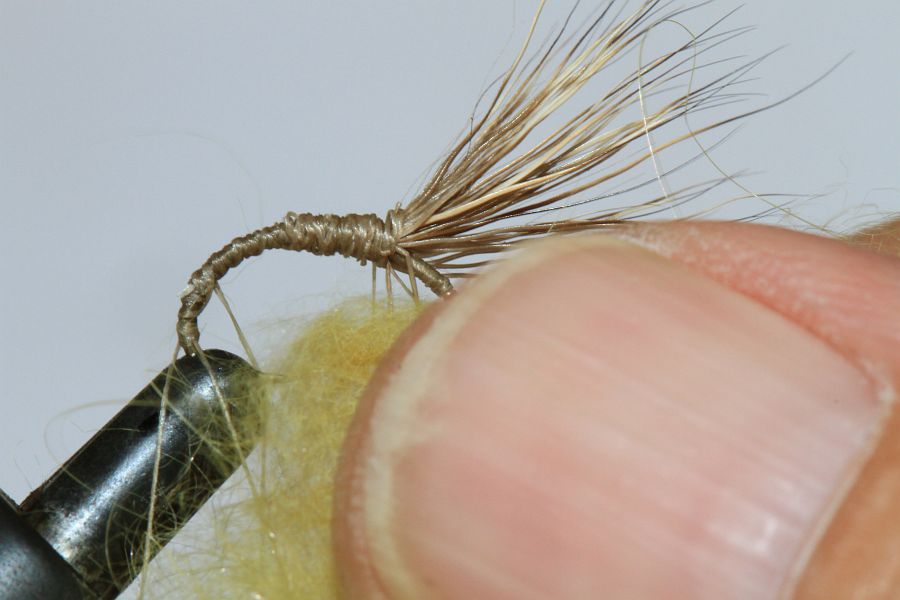 Brushing the arms of a waxed dubbing loop

Cover the hook shank with dubbing, carefully winding evenly spaced turns all the way to the base of the deer hair wing. Tie off the dubbing at this point. 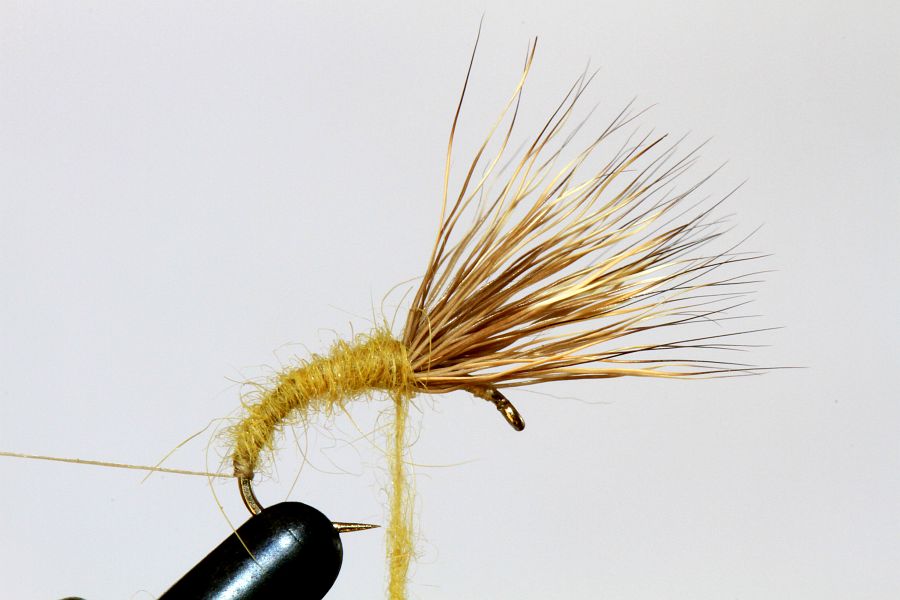 Wind on the ribbing thread in a counter direction to the abdominal dubbing. Now take the thread forward to just behind the eye of the hook.

Repeat the dubbing loop step here, wax both arms and touch them with a bunch of fur off the hare’s mask. As you wind the hare dubbing back toward the wing it will force the deer hair into a more upright position. 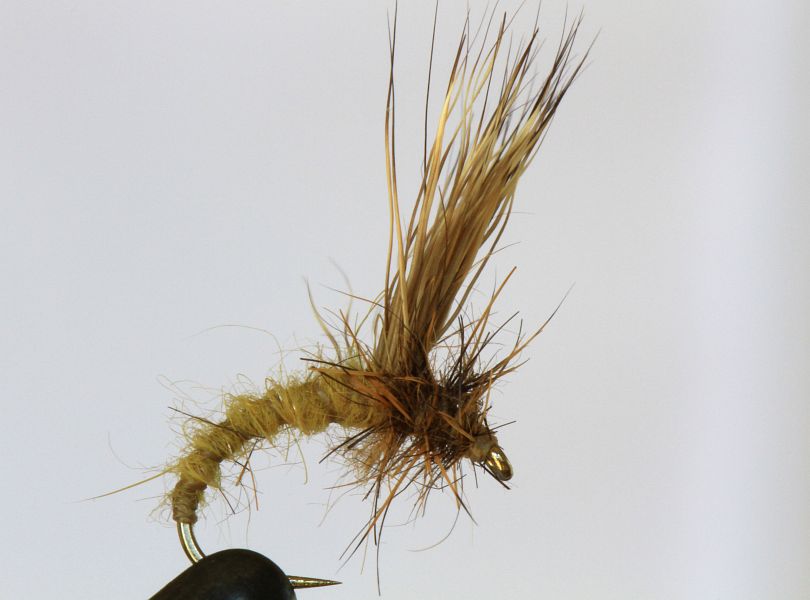 Bring the thread forward winding through the thorax dubbing, form a head just behind the eye of the hook with a few wraps of thread and whip finish. 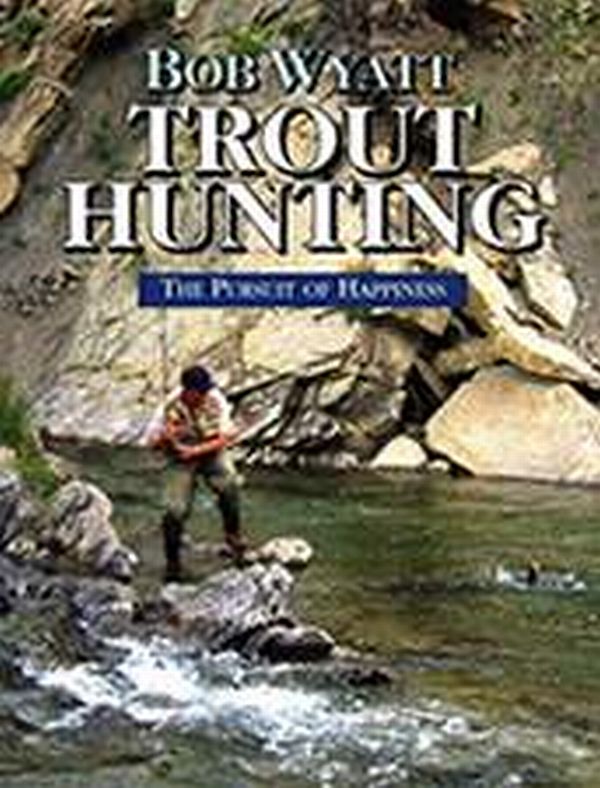 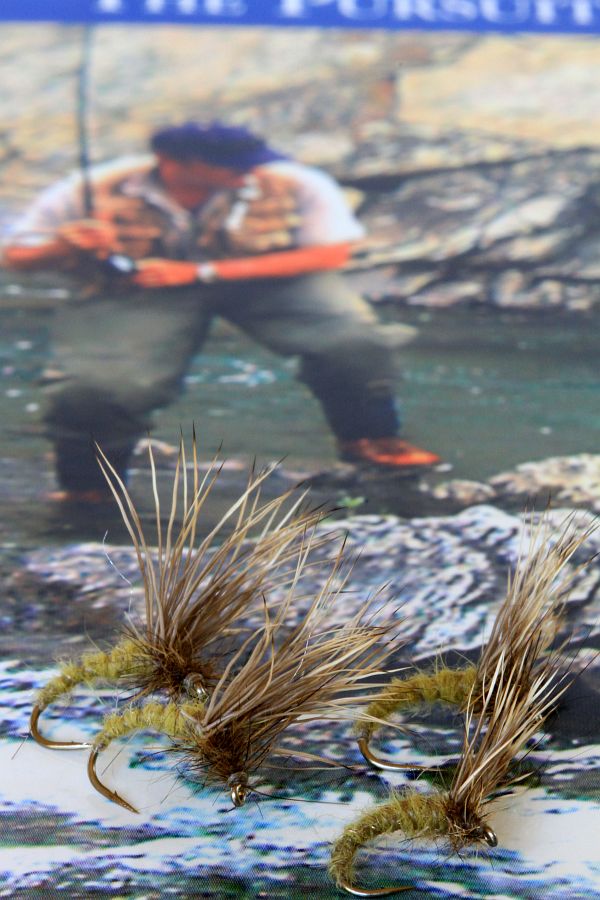 The DHE is a brilliant pattern, but then I have to say Bob Wyatt’s book Trout Hunting is something of a minor masterpiece as well. (See Stackpole Books, 2005). Born in Canada, Bob has fly fished since the late 50’s. His book is particularly powerful on the theories of selectivity and neatly unpacks fly pattern selection when you bump difficult trout. Besides that it is well written and has clusters of interesting anecdotes.